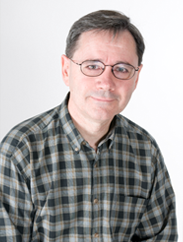 Terry Bepple was a member of the last graduating class of North Kamloops Junior/Senior Secondary School in 1967, He attended  law school at UBC and was called to the Bar in 1975, working for another local law firm.

In 1979, Terry left law and went back to UBC and earned his teaching certificate, acquired a stockbroker’s license and renovated a house, before returning to law first as an associate with Mair Jensen Blair and later as partner.

Terry’s general law practice included the areas of wills and estates, as well as property and corporate transactions and representation agreements. He also presented seminars on wills and estates to a broad range of community groups upon request. Terry worked in the firm’s Lillooet branch office for many years, then took over the Chase office until it was closed in April, 2001, after deciding to consolidate operations at their Kamloops office.

Community-minded, Terry served on the Kamloops Foundation, the Executive Committee of the Anglican Diocese, and the Provincial Anglican Synod and as Division Chair for the Thompson Nicola Cariboo United Way.