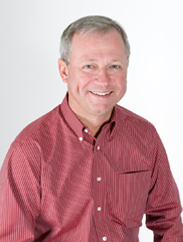 Rob acted for a number of developers in the Kamloops region, and completed several large Subdivisions. He also worked extensively in the area of wills, estates, and estate planning.

Rob has always been involved in the community of Kamloops, including being a past president of the Kamloops United Way, working with the Kamloops Airshow Society, Kamloops Minor Hockey and the Board of the Freshwater Fisheries Society of British Columbia.

He retired from the practice of law in the spring of 2019.